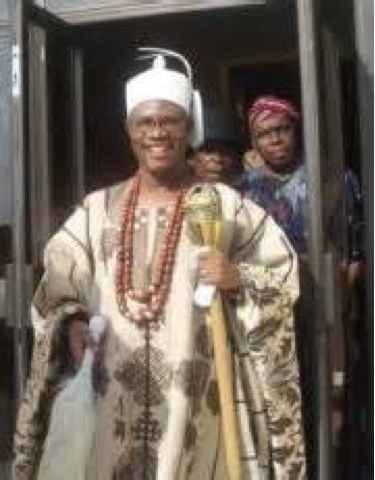 It calls for jubilation as over 200 members of various Secret Cults in Ondo town, on Friday, renounced their membership of the groups.

It was gathered that many youths in the town had lost their lives to cult activities in recent times.

The development was said to have prompted the Osemawe-in-Council to organise a renunciation programme for youths in the town, who were Cultists.

The programme, which began last Wednesday, was held at the palace of the monarch, Oba Victor Kiladejo.

The monarch said many members of the groups had been voluntarily coming out in their hundreds to renounce cultism.

According to him, over 200 cult members have already come out to renounce their membership of the groups, while more have promised to come out and do the same.

Oba Kiladejo said, “We have taken all necessary steps to stop cultism in the Ondo community. We will ensure that many cultists are made to renounce cultism.

The monarch promised to continue to empower the youth so as to sustain the success achieved so far.

He also appealed to the government, non-governmental organisations and well-meaning Ondo sons and daughters to create job opportunities in the kingdom so as to empower the youth.

High chiefs, who spoke on the occasion, implored the remaining cultists to avail themselves of the opportunity provided by the monarch to renounce the deadly groups and engage in productive activities.

They warned that any individual or group found to engage in cult activities after the renunciation would be handed over to law enforcement agents for prosecution.