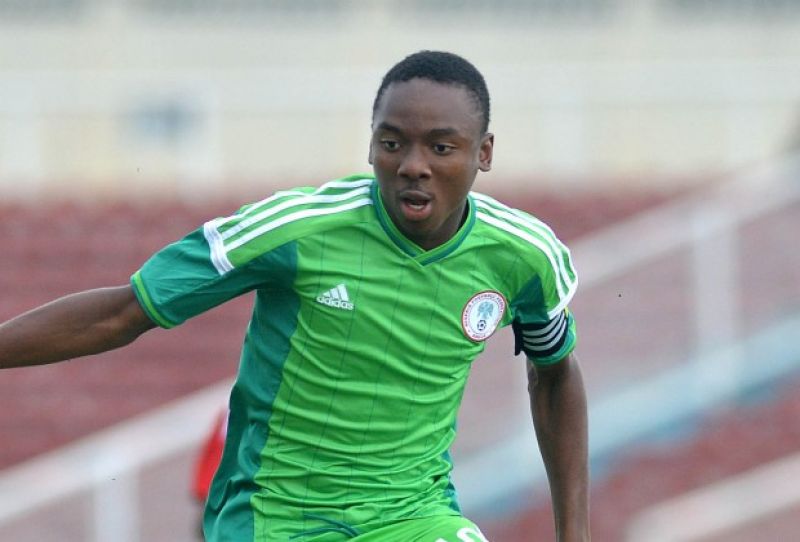 Fantastic Victor Osimhen’s hat-trick and a goal from Chidozie Okereke against Libya handed Nigeria a slot in the U23 Africa Cup of Nations  as Imama Amakpakabo’s men rallied past the Libyan 4-0 after losing the first leg 2-0 at the Ben Guerdane Stadium in Tunisia.

Godwin Osimhen, Valentine Ozornwafor, Chidozie Awaziem and Francis Uzoho were drafted into the team after the team lost the first leg. The quartet were included in the starting line up at the Stephen Keshi Stadium, Asaba.

The on-loan Charleroi forward opened the scoring in the 33rd minute reacting quickest to stab home a loose ball.

Minutes later, with Nigeria increasing the pressure and limiting the Libyans to the edge of their box, Chukwueze hit the top of the crossbar with a dipping freekick from the left.

Nigeria headed into the break in the ascendancy but still needing two more goals to seal qualification.