In the game of football anything they say can happened and that was what played out yesterday when the Almighty Barcelona who many football pundits has concluded that it would be a walk-over against Liverpool Football Club. But Alas! the rest is now history as Liverpool thrashed Barcelona 4: nil  to send them out of the  epic  final of the UEFA 2019 Football Season  Reacting to the outcome of the match, Ernesto Valverde admitted Barcelona had only themselves to blame for their “terrible” Champions League semi-final collapse at Liverpool on Tuesday. 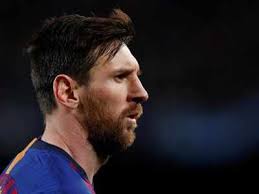 Barca was blown away on an incredible night at Anfield as Liverpool won 4-0 to overturn a three-goal first-leg defeat.

Liverpool is only the third team in the history of the European Cup to recover from such a large semi-final deficit.

Barca boss Valverde conceded his players failed to match Liverpool’s intensity and lost their cool after the Reds scored twice in quick succession in the second half to level the tie on aggregate.

“Things got on top of us after those two quick goals. We didn’t manage to get on the scoresheet and they rolled us over really,” he said.

“It’s a terrible result for our fans and for ourselves. It’s really, really unfortunate, but credit to Liverpool.

“They started really well, and they pinned us back. Early goal, we reacted well after that.

“We managed to control things a little bit in the second part of the first half. We had half-chances to score.

“We tried to sit a little bit deeper, but the tie ended for us with the fourth goal. We couldn’t respond.”

It was a second successive Champions League humiliation for Barca after they squandered a 4-1 first-leg lead in the quarter-finals last season, going out on away goals to Roma after losing the return 3-0.

Valverde has just led Barca to another Spanish title, but he was asked if the collapse at Anfield would undermine his position at the Camp Nou.

“I do not know how it’s going to affect me, here we are, the coach has to take responsibility,” he said.

“It’s very painful for us, especially for our people, it’s the second year they’ve come back like that.

“When you have a battle like tonight, you’re going to go through some really tough few days, like all our fans as well.

“You’re going to suffer. That’s what it is like. You have to go through this penitence and we’ve not got long to go until the end of the league season.

“We’ve got the Copa del Rey final (against Valencia) still to fight for and we’ve got to really finish the season well on a high after this.

“But at the moment we’re blown away, it’s terrible.”

The Catalan club haven’t won the Champions League since 2015.

Barcelona midfielder Sergio Busquets was quick to say sorry for one of the most chastening results in their history.

“I apologise to the fans because after the Rome thing, it happens again, it is very hard to fall like that with a good result in the first leg,” Busquets said.

Previous Presidential Election: How Buhari, Atiku Will Be Treated – Tribunal
Next ALL SET FOR THE MILLENNIUM ACHIEVEMENT LEADERSHIP MERIT AWARDS!