Gowon… Why He Slumped At-Ejoors-Funeral

Medical personnel in the Nation’s Health Sector has given reasons why the former Head of Gen. Yakubu Gowon, reportedly slumped mid-way at the grave side oration for late Maj-Gen David Akpodiete Ejoor, in Ovwor-Olomu Community, Ughelli South Local Government Area of Delta State. Reacting to the development during a telephone Interview with Newsmen on Friday, a senior pharmacist, Osayawen Olaye with a government hospital in Abuja attributed the development to age, stress and high blood pressure. He said: ‘’ He is old and his body is getting weaker, he could have ailment like high blood pressure, diabetes that we do not know, it could be stress of the occasion’’.

Another Abuja based medical Doctor, Mrs. Bola Adeniran, who also aligned herself with the submissions of Olaye, said once you get to a certain age, you are not supposed to stress yourself much. ‘’As you are all aware, he has been active for some time now. He has always been in the news. So it could be as a result of much stress’’, she said. The Daily Times recalls that the former Head of State was reported to have slumped mid-way at the grave side oration for late Maj-Gen David Akpodiete Ejoor, in Ovwor-Olomu Community, Ughelli South Local Government Area of Delta State. Following the incident, military personnel at the burial made efforts to bar visual coverage of the incident. The former head of state was promptly rushed by some top echelons of the military who were at the event into the special tenth for emergency resuscitation, just as Governor Arthur Ifeanyi Okowa and Chief James Onanefe Ibori, former Governor of the Delta State, dashed into the tenth to access his health status. Immediately, the military as well as the Delta State ambulances were moved closer to the tent in the event the former head of state’s health deteriorates further. After a moment of suspense, Chief Ibori and Governor Okowa came out of the Special Tent, giving an indication that the former Army General has recovered.

According to reports, a few other eminent personalities, including former Governor James Ibori and Edo State Governor, Godwin Obaseki, stood by the Ex-Head of State until he was stabilized. Earlier, Gowon in his speech said that the unity of Nigeria was a collective responsibility of everyone. Gowon said that Ejoor believed in the unity of Nigeria, and that the late former Chief of Army Staff was able to reconcile the people of Urhobo and Itsekiri ethnic nationalities as well as the Midwest region when he was a military governor. “Keeping Nigeria as one is a task that must be done. That is what is necessary. Ejoor was able to reconcile Urhobo and Itsekiri and also keep Midwest region as one. 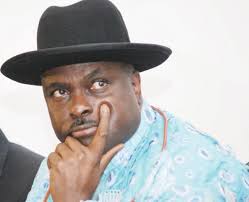 Describing Ejoor as a good and loyal colleague as they both worked to keep the country together, he added: “As a good soldier, he suffered to avoid being captured. He had a lot of military knowledge. “His soul will certainly be unforgettable as a professional soldier and administrator. He was my senior until the change that took place. “I will like to say goodbye, my colleague, rest well, I pray to God to receive you in His bosom,” he said. Ejoor died on February 10, at the age of 87. On his part, Governor Godwin Obaseki of Edo State said the “spectacular contributions” of Ejoor to the struggle for keeping Nigeria as a united entity